First event held in celebration of Women’s History Month, advocating and creating awareness about the abuse of Ethiopian women in the Middle East 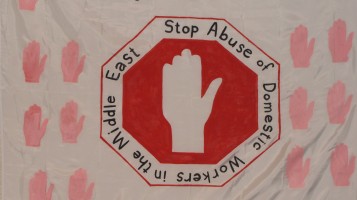 The event featured a panel discussion that brought together activists from different walks of life, including Ammiebelle Omoshalewa, a life member of the NAACP and the National Council of Negro Women, Ms. Ghennet Girma, Director of International Ethiopian Women Organization, and Ms. Tsehai Wodajo, Director of Real (Resources for Enrichment of African Lives) of Minnesota. The chairperson and founder of ESAC, Ms. Zewditu Fesseha and the moderator, Tigist Selam, led the discussion highlighting the urgency of the issue with continued abuse of Ethiopian domestic workers in the Middle East. 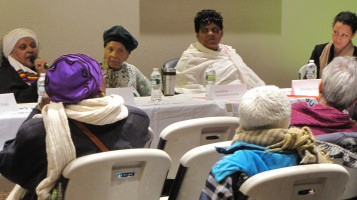 The panelists presented various discussion points from economical and political issues, which they explained are driving the women to seek employment in these countries. They also discussed the lack of legal and cultural framework in the Middle East countries, leading employers to freely abuse the domestic workers. Ms. Omoshalew related the ongoing abuse to the days of civil rights movement in the United States, and charged the audience to fight on. Ms. Ghennet emphasized on solving the problem from its root in Ethiopia, while addressing the brutal treatment of domestic workers. In conclusion, Ms. Zewditu Fesseha emphaised that the challenge is very high but everyone could do it! She also suggested that everyone work together in order to achieve the goal. Ms. Zewditu Fesseha also asked that people use their professionally, technically, financial, to help the organization in everyway. She says, “Enough talking, action is needed!”

The audience on its part condemned the abuse of domestic workers, and discussed possible solutions to address the problem. Some of the points addressed include, the women living in New York City that have escaped the brutal experience in the Middle East and are seeking help, the political challenge in addressing the migration of domestic workers both in Ethiopian and host countries, and the lack of legal basis to fight for the right of domestic workers in the host countries. The audience was divided among the five borough of NYC, and during a working dinner, took on the challenge of exploring the abuse of domestic workers in five different states in the Middle East, including Saudi Arabia, Lebanon, United Arab Emirates, Bahrain, and Kuwait.

This site uses Akismet to reduce spam. Learn how your comment data is processed.